The Muslim three-day Eid al-Fitr festival, marking the end of the month of Ramadan, began this weekend in parts of the world where sightings of the new moon were made. During Ramadan, the Islamic month of fasting, devout Muslims must abstain from food, drink, and sex from dawn until sunset. The fast, one of the five pillars of Islam, is seen as a time for spiritual reflection, prayers, and charity. After sunset, Muslims traditionally break the fast by eating three dates, performing the Maghrib prayer, and sitting down to Iftar, the main evening meal, where communities and families gather together. Gathered here are images of Muslim Americans observing Eid al-Fitr and Ramadan this year in New York, Connecticut, California, Pennsylvania, and New Jersey. 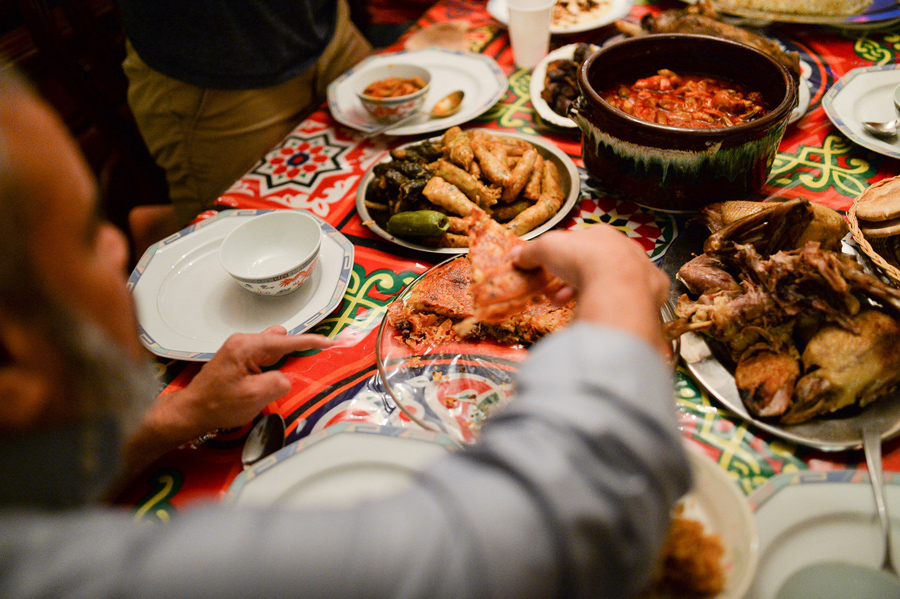 The Egyptian-American Elhariry family takes part in Iftar dinner during Ramadan in Manalapan, New Jersey, on May 28, 2017 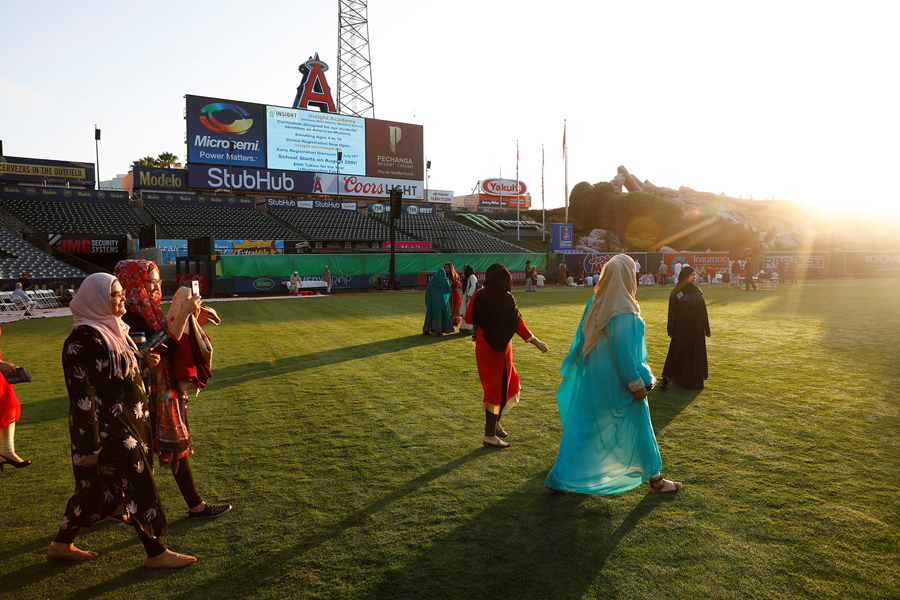 Muslims walk onto a baseball field as they gather for the celebration of the Eid al-Fitr holiday, the end of the Holy Month of Ramadan at Angel Stadium of Anaheim in Anaheim, California, on June 25, 2017 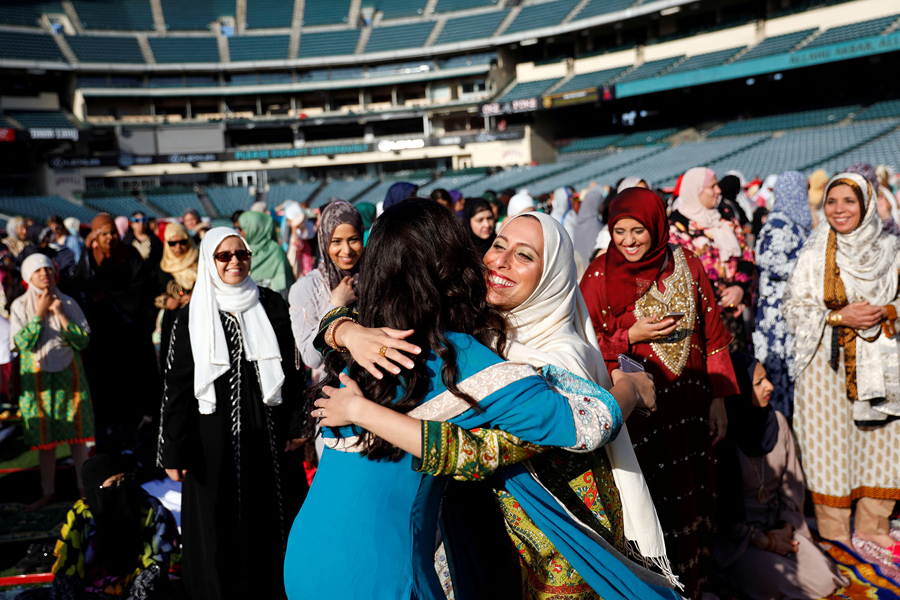 Muslim women hug as they gather for the celebration of the Eid al-Fitr holiday in Angel Stadium of Anaheim on June 25, 2017. 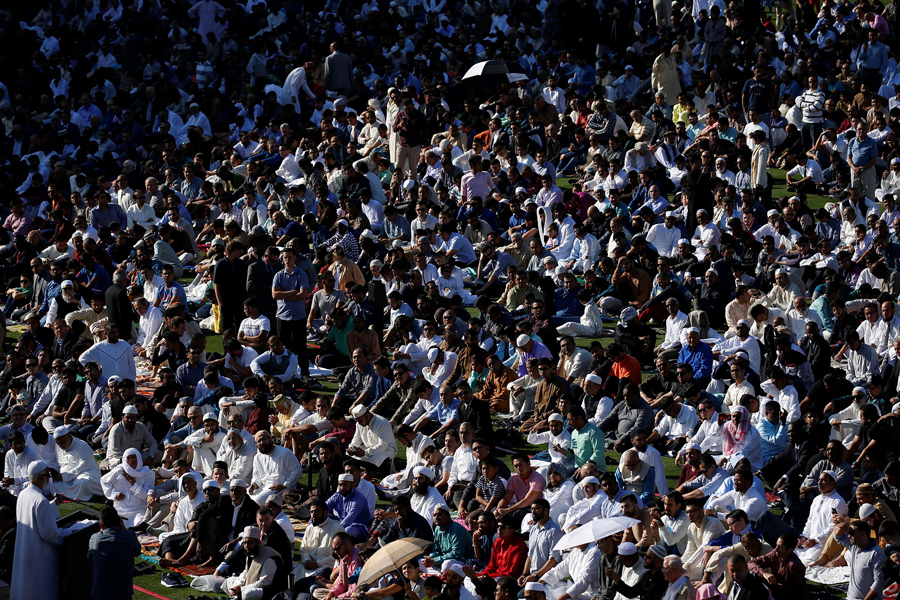 Dr. Muzammil Siddiqi of the Islamic Society of Orange County (lower left) speaks to Muslims gathered for the celebration of the Eid al-Fitr holiday at Angel Stadium of Anaheim on June 25, 2017. 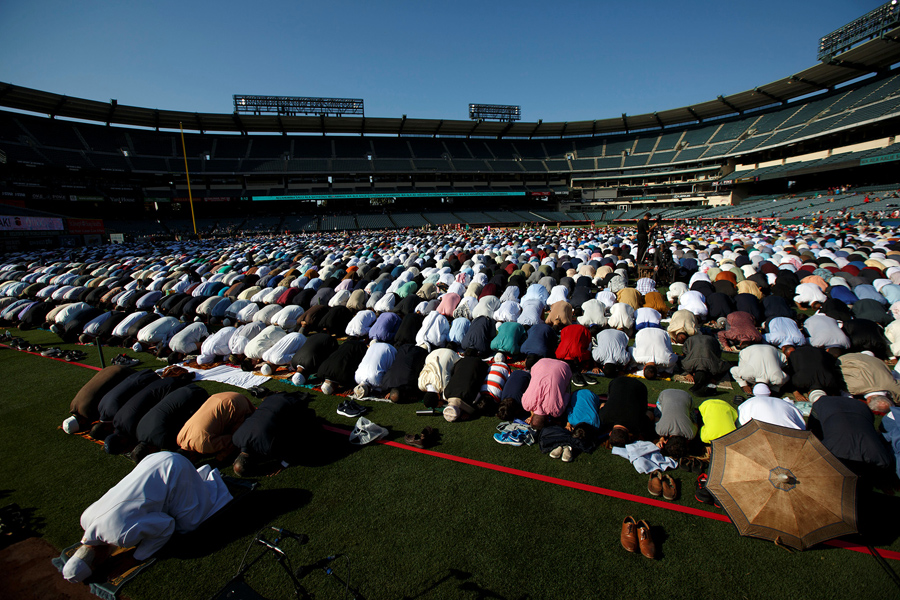 Muslims pray while gathered for the celebration of the Eid al-Fitr holiday at Angel Stadium of Anaheim on June 25, 2017. 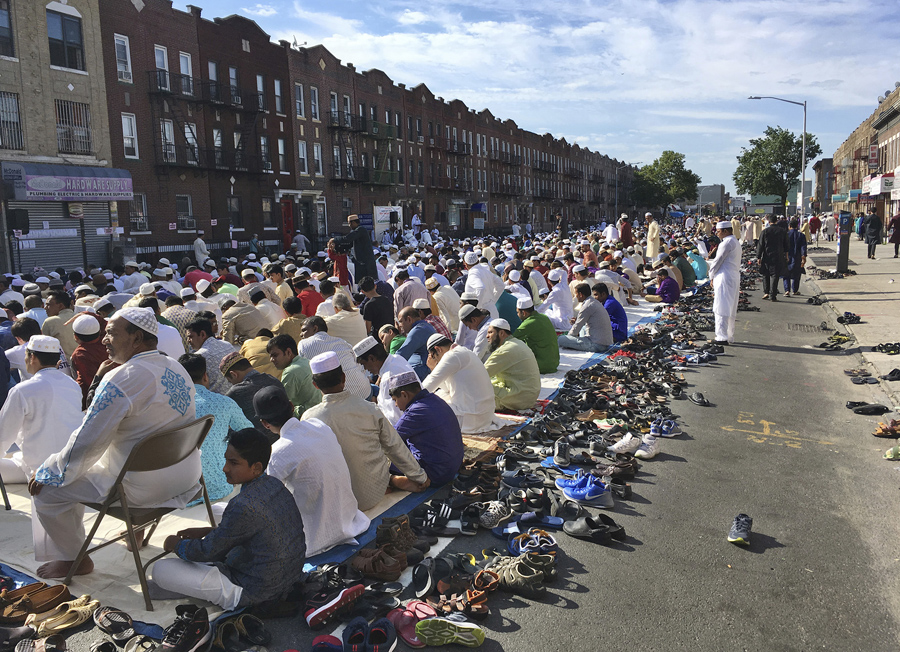 People gather on McDonald Avenue for a prayer celebration of Eid al-Fitr, marking the end of the fasting month of Ramadan, in the Kensington neighborhood of Brooklyn on June 25, 2017 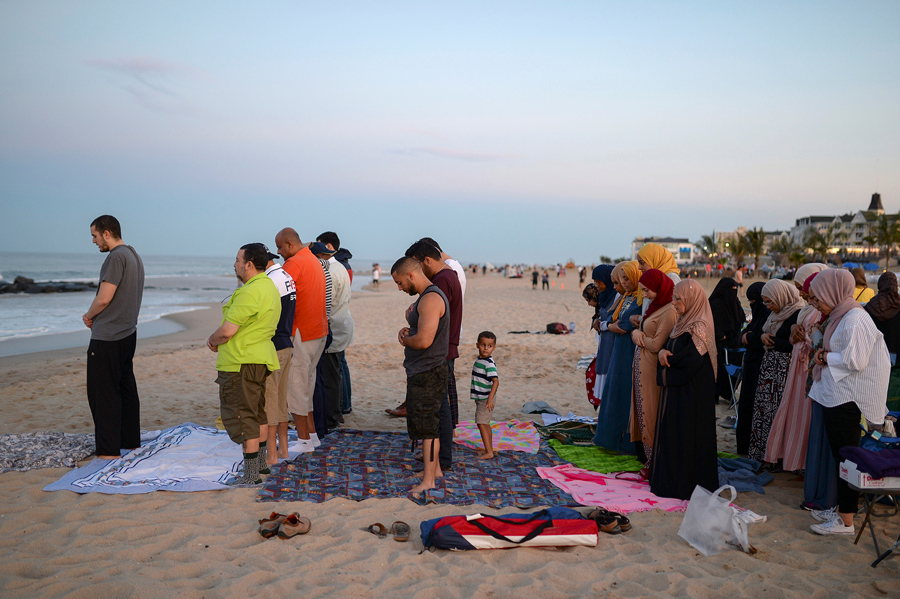 Muslim American friends take part in the Maghrib sunset prayer on the last day of Ramadan on a beach in Long Branch, New Jersey, on June 24, 2017

$58.76
Buy product
No products for this criteria.
Trending reads

Mufti Menk – Best advice for the days of Zul Hijjah

Saudi 2020 and the plan to attract tourists